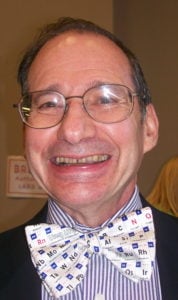 As noted in my previous blog, due to the shrinking freelance book review market, my opportunities to publish full-length reviews of science titles in major metropolitan newspapers are now few and far between. Because I do not want to leave that territory completely, I have decided to develop a blog that publishes short reviews of science books that I receive as examination copies. This is the second blog in an indefinite series.

I will also be posting this on my Science Shelf website, where you can find nearly two hundred science book reviews that I have written over the last 20 years. If you normally buy books or anything else from Amazon.com, I would appreciate your using the Science Shelf portal to make your purchases. That will generate referral fees that will support my efforts to keep my reviews available. I never know who is making the purchases, so I will not be able contact any buyer, not even to say, “Thank you for your support.”

This month’s offerings include three books for physics lovers and one that takes readers inside the primal brain.

We begin with the third offering in a series based on Leonard Susskind’s Stanford University Continuing Studies courses called “The Theoretical Minimum.” In those books, Susskind and co-author Art Friedman take a basic physics course and present it with only as much mathematics as necessary. The result is a lively adventure that shows readers how physicists make sense of the world. Previous titles covered classical mechanics and quantum mechanics. The new one is

As a supplement to Susskind’s practical introductions to physics, readers may enjoy a look into the history and personalities who shaped much of the new world view on which that physics was built. The name Richard Feynman is familiar because of his own autobiographical writings and textbooks that became classics in the mid-twentieth century. Less familiar, but arguably equally important was Feynman’s thesis adviser, John Wheeler. In

The Quantum Labyrinth: How Richard Feynman and John Wheeler Revolutionized Time and Reality, noted science writer Paul Halpern captures the interaction of a pair of provocateur iconoclasts as they tackle some of the most challenging questions about the quantum underpinnings of matter and energy. The book’s publicity characterizes the protagonists this way: “The soft-spoken Wheeler, though conservative in appearance, was a raging nonconformist full of wild ideas about the universe. The boisterous Feynman was a cautious physicist who believed only what could be tested. Yet they were complementary spirits.”

This blog focuses on popular science, but it is impossible not to acknowledge a massive new introductory textbook by gifted writer and 2017 Nobel Laureate Kip S. Thorne and co-author Roger D. Blandford,

Modern Classical Physics: Optics, Fluids, Plasmas, Elasticity, Relativity, and Statistical Physics. Its 1500-plus pages are bound to be a challenge for physics students to absorb and to carry. But I anticipate that it will become a multi-course standard at many top universities.

The sheer weight of Thorne and Blandford’s tome might inspire momentary terror in an undergraduate, but that is not the subject of Georgetown University Psychology professor Abigail Marsh’s

The Fear Factor: How One Emotion Connects Altruists, Psychopaths, & Everyone In-Between. Based on her MRI studies of the brains of exceptional people at the extremes of the spectrum from altruism to psychopathy, March has crafted a book that takes readers on an adventure. One can only ask, will readers be too scared to put it down without finishing a chapter?

A request from the blogger:
Please let me know you appreciated this posting by adding a comment or sending an email with your thoughts to drfredb@att.net . Many thanks!