A slightly edited version of this review appeared in the Dallas Morning News.

Reviewed by Dr. Fred Bortz
Copyright 2011 by Alfred B. Bortz.

Individuals may print single copies of this review for their own use. For permission to publish or print multiple copies, please contact the author by e-mail.

In February 1668, in a dismal, lower-class Parisian home, a ranting madman by the name of Antoine Mauroy died under suspicious circumstances. Two months later, an ambitious young doctor named Jean-Baptiste Denis went on trial for his murder.

The prosecution argued that Denis, who had leapt from obscurity to notoriety the previous year by apparently curing stubborn illnesses (including Mauroy’s insanity) with transfusions of lamb’s blood, had killed his patient by transfusing him again with the blood of a calf.

Denis’ attorney won acquittal by arguing that no blood was transfused. The actual cause of death, they claimed, was poisoning by the victim’s widow, Perrine, abetted by prominent anti-transfusion physicians. Perrine went to prison, but her conspirators were never tried.

Who really killed Antoine Mauroy? And why should we care about the crime three and a half centuries later? Those are the central questions of Vanderbilt University professor and medical historian Holly Tucker’s new book, Blood Work: A Tale of Medicine and Murder in the Scientific Revolution.

The book reads as much like a novel as nonfiction. An opening list of “Dramatis Personae” presents a fascinating cast of characters. Tucker follows that with a prologue in which she answers the why-we-should-care question while priming the readers for a tangled plot:

Though blood transfusion is now an accepted practice, its history provides not only insights into past clashes between science and society but also cautionary lessons on how to navigate them…. I simply ask readers to keep two questions in mind as they enter the teeming streets and cluttered laboratories of seventeenth-century Paris and London. Should a society set limits on its science? If so, how and at what price?

True to its promise, it not only immerses readers in those teeming streets and cluttered laboratories, but it also transports them to the royal court of French King Louis XIV where wealthy, often corrupt, and always ambitious aristocrats curried his favor while risking imprisonment if they offended him. Tucker’s vivid prose also enables readers to rub shoulders with the scientific upper crust of England’s Royal Society and experience the cross-channel rivalry for scientific supremacy.

This approach will produce mixed reactions among readers. Some will appreciate the richness of setting and character development. Others will consider the details and personal intrigues as distractions from the central question of science and society. They will question how much we can learn from the age of monarchies, aristocracies, and intrigue given the largely democratic societies and open environments in which scientific research is pursued today.

Indeed, readers looking to understand the development of transfusion science are likely to be disappointed. Except for details of bloody laboratories and operating theaters and of what would today be considered abuses of animals and corpses, the science is scant. This is a book for history buffs and mystery lovers who enjoy discovering times and places very different from their own and learning about the machinations of unconventional characters who either create their own pathways to greatness or set the stage for their own downfall.

In the end, those more scientific readers will probably judge Tucker’s “Tale of Medicine and Murder” from more than 300 years ago to be barely relevant to Tucker’s questions about how or whether to set limits on science in the present century.

But those history buffs and mystery lovers will be grateful for the opportunity to share the author’s research into early animal-to-human transfusions, described in the Epilogue as “a case study for larger political struggles, religious controversies, and cutthroat ambitions during the late seventeenth century.”

Fred Bortz is the author of 19 science books for young readers and adults. His late sister, Fay Nedra Zachary, wrote medical thrillers, including 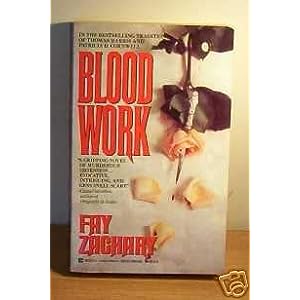