I have been an admirer of Richard Muller for some time, though I had no idea that he was among the climate change skeptics. One of the reasons I admire him is that he follows the evidence, and in doing so, he came to a conclusion opposite to what his funders had hoped for: “that the Berkeley (Earth Surface Temperature) project would conclude that global warming is a myth.” No myth. No myth-take!

That quote is from Paul Krugman’s column in today’s New York Times.

See this article in the Los Angeles Times for details on how Muller’s testimony has denialists in Congress scrambling to find ways to discredit a witness that they expected to support their point of view. They didn’t count on a scientist who is known for keeping an open mind and respecting the evidence regardless of whether it supports his initial inclinations.

To see how I treat this issue for young readers, read the climate modeling chapter in 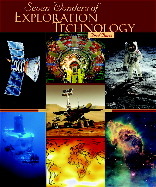 8 thoughts on “Make no myth-take about climate change risks”